I built an upright bass, a cello and a violin - or at least that's what they're modelled after. The bass has a wheel barrow resonator and a hockey stick peg box. The wheel barrow is an old one made of plastic - metal would have been better but it was too much of a hassle to cut. I roughly cut out the neck and sculpted it so the strings would run in a semi-circle so they can be bowed properly. The sound isn't bad but may need to be mic-ed. We'll see. I called it the 'Barrow Bass'.

The cello, or the 'Tincello', uses an old tin garbage can (donated kindly from the Dunbar Haunted House!) as the resonator, which seems to work quite well. Hard PVC tubing is the neck, and a computer circuit board, the first board I ever bought (circa 1989!) is the peg box. A tie helps to hold the strings in place, with support wiring underneath. The sound is pretty good, resonating in the tin of the can, but we'll see if it is playable once I find an actual cello player!

The violin, or the 'Recycolin', has a paper maché body and a baseball bat as a neck. The bat works well as a neck, as the dimensions are very similar to an actual violin. Guitar tuning pegs hold the strings in tune (hopefully!) and pieces of an old computer keyboard (with support wiring underneath) hold the strings in place.

I met a violin maker who donated the violin and cello bridges and strings! I got the bass bridge quite cheap as it was used. Music people are so nice!

So the string section is complete. I would love to build more, but time is ticking. Two more major instruments to build and then we're very close to finishing the orchestra! Stay tuned (so to speak)! 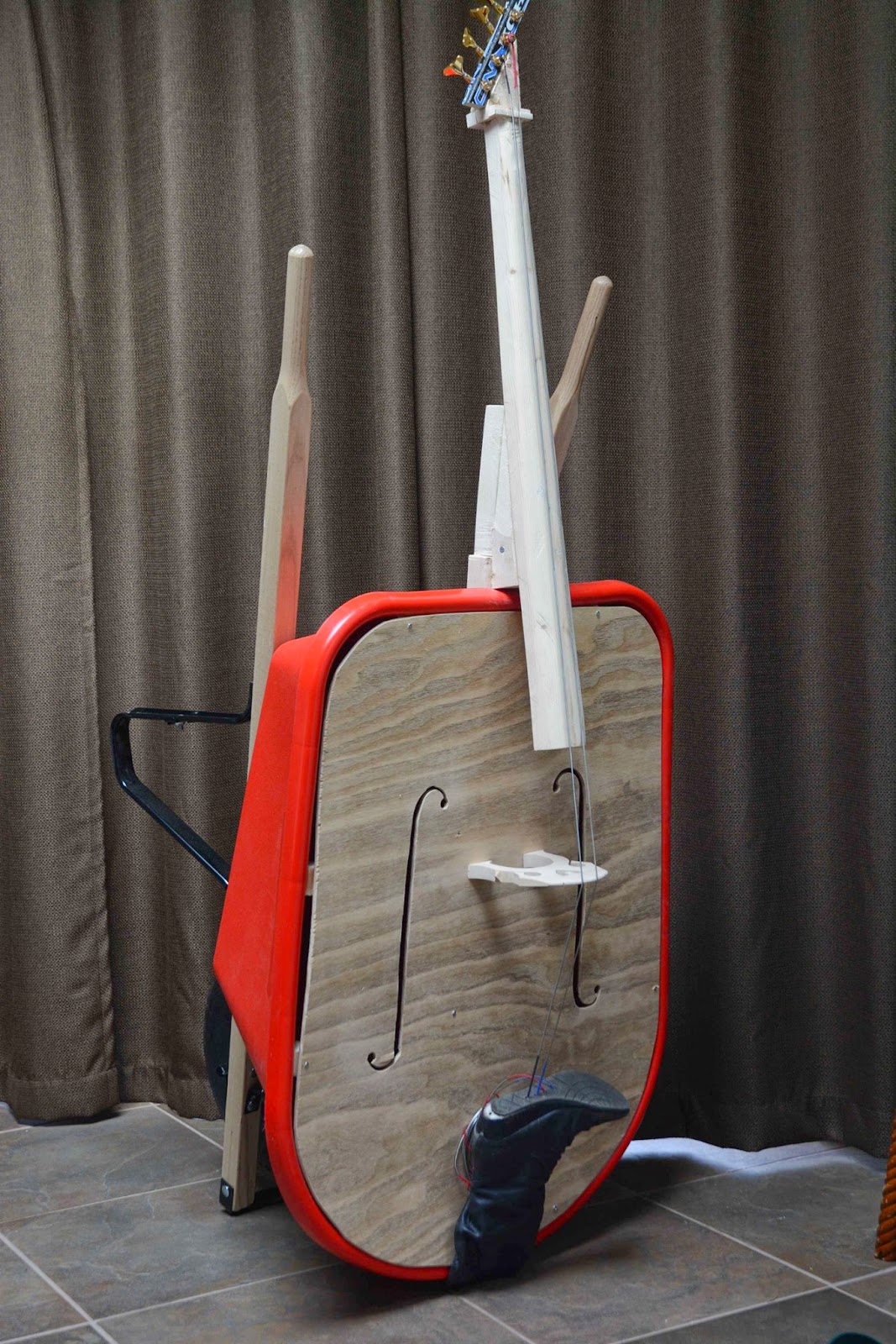 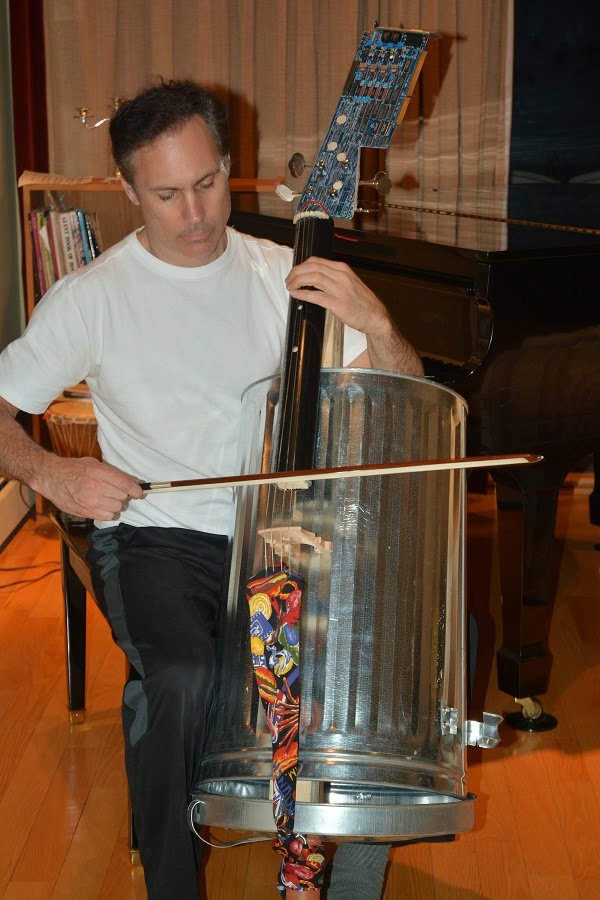 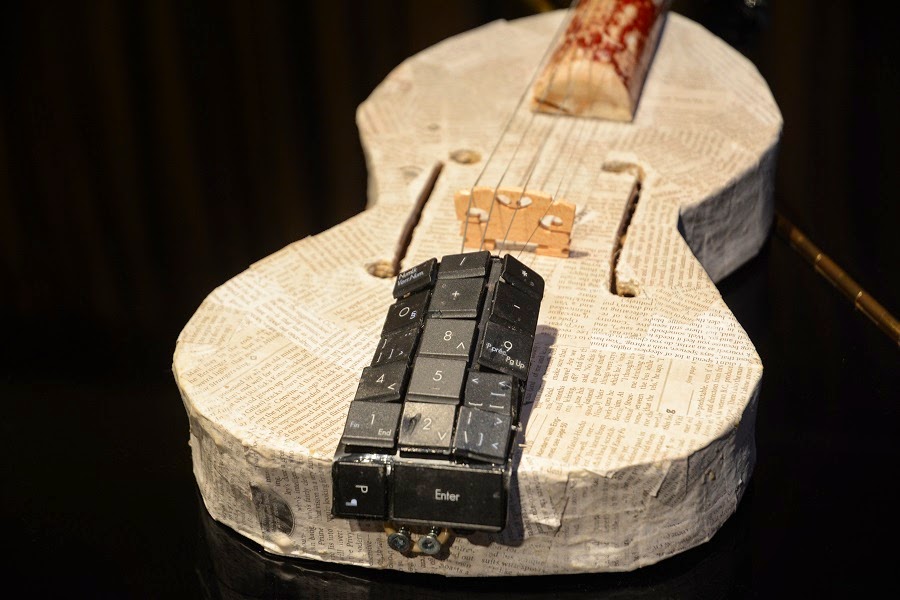